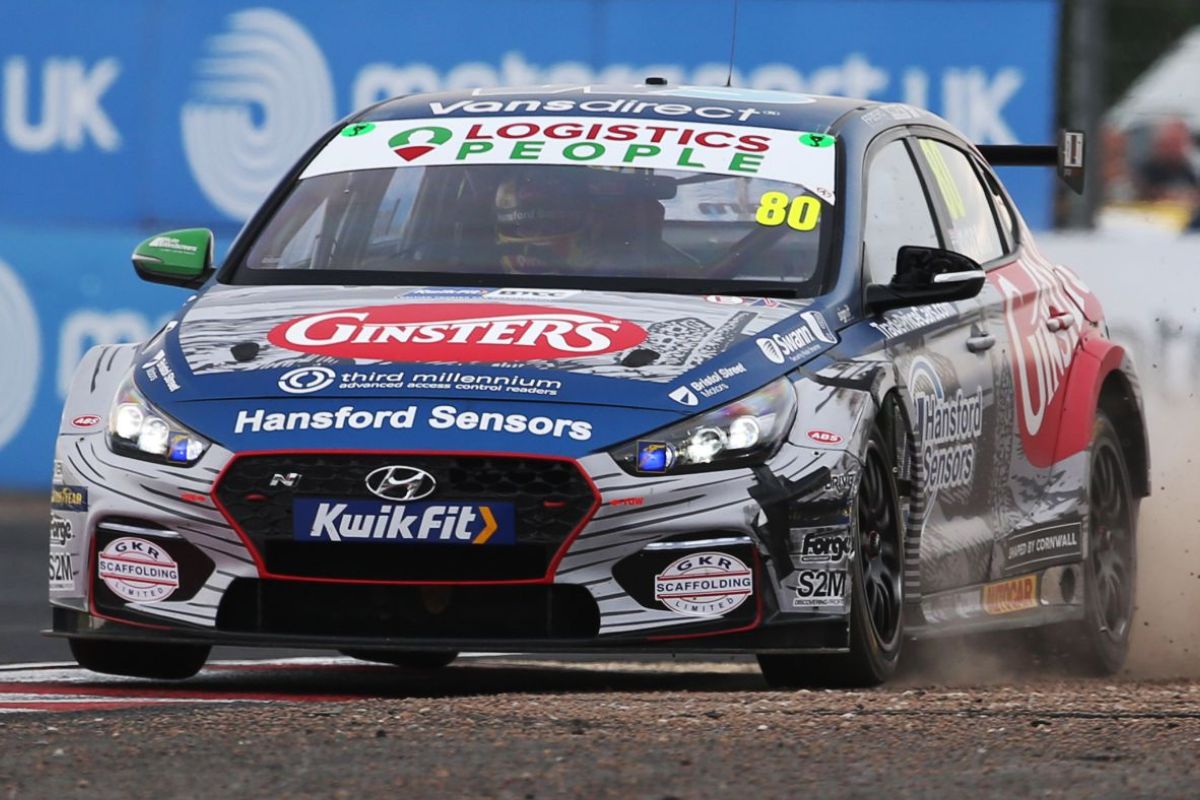 For the second year in succession, Tom Ingram scythed his way through from the wrong end of the starting grid to a strong points haul in the British Touring Car Championship at Croft last weekend (18/19 September), putting him in prime position to pounce in the upcoming outing at Silverstone.

A former winner at Croft, Ingram returned to the demanding North Yorkshire circuit sitting second in the title battle in the UK’s premier motor racing series – and consequently carrying 66kg of success ballast. In a red flag-disrupted qualifying session, that extra weight – allied to a misguided set-up choice – left him an uncharacteristically lowly 21st amongst the 29 high-calibre contenders, and with considerable work to do on race day.

In typically feisty form and in front of the live ITV4 television cameras, the two-time BTCC Independents’ Champion went immediately on the attack, belying the effect of the ballast to gain five places over the course of the opening lap in the curtain-raising contest and going on to take the chequered flag 12th to secure four valuable points.

It was a superb effort, and one that set the scene for another charge in race two, as Ingram thrilled the enthusiastic trackside crowd with some outstanding overtaking manoeuvres. Again making early progress, a string of ‘purple’ sector times underlined the potential of his Ginsters EXCELR8 with TradePriceCars.com Hyundai i30N and he swiftly settled into an energetic multi-car tussle for second.

After opportunistically following three-time champion Gordon Shedden past current championship leader Ash Sutton at Tower Bend on lap 11, the 28-year-old snatched another spot next time around. A mid-race shuffle allowed Sutton back past, but undeterred, Ingram grittily reclaimed the position from his arch-rival at the end of lap 14, proceeding to chase down Josh Cook for third but just running out of time to launch an assault on the podium.

From fourth on the partially-reversed grid for the day’s finale and with three previous title-winners ahead of him, the talented Bucks-born ace then held station throughout in a race in which there was scant movement up at the sharp end of the field.

Artfully managing a tyre deflation on the last lap without conceding any ground, the result saw him slip to fifth in the chase for the crown, but he remains just 37 points shy of the summit and – significantly – will be burdened with substantially less weight in qualifying and race one next time out at Silverstone (25/26 September).

Not only that, but the legendary ‘Home of British Motor Racing’ is statistically Ingram’s strongest track on the calendar. Barring last season – when a late puncture cost him victory almost within sight of the chequered flag – he has won there at least once every year since 2016, reaching the rostrum nine times from his most recent 15 starts. A repeat performance this weekend would be just the ticket to bolster his bid for the biggest prize in national motorsport.

“Croft is a circuit that I really like and where I’ve gone well in the past. When we tested there in March, the Hyundai felt fantastic and we were able to set really strong lap times even with weight on-board. We’ve developed the car a lot since then, so we returned with a new base set-up but right from the get-go, it just didn’t work and instead of reverting to what we knew, we initially tried to improve what we had, which made Saturday one of the hardest days I’ve known in the BTCC.

“With lessons learned and plenty of midnight oil burned analysing every minor detail, we went back to basics on Sunday and after beginning race one practically in Darlington – not for the first time – it was fun to fight through to finish 12th. We stayed out of trouble and salvaged some points, which was the most we could have hoped for.

“Even more importantly, we shed all 66kg for race two and bolted on the soft-compound tyres. The i30N felt ace, and it was very rewarding to charge up the order again. Croft isn’t the easiest place to overtake – you have to be brave and a little bit creative, and that’s exactly the approach we took. It was intense and physical the whole way through and unquestionably the toughest race I’ve been involved in for a while as I was constantly having to either attack or defend – sometimes simultaneously!

“I think we had the pace to challenge for third or even second, but by the time I caught up to Josh [Cook], there was so little time left and he was understandably defending his position pretty hard so we settled for fourth. I also had an enjoyable little paintwork-swapping scrap with Ash [Sutton] along the way; as my main rival, it’s always good to get one over on him, particularly around a rear wheel-drive track that on paper suits his car more than mine.

“Race three was then unusually quiet by BTCC standards, but we scored well again and ultimately, we only conceded seven points to Ash over the weekend despite starting so far back – and dropping a few spots in the table should definitely give us an advantage going into qualifying and race one at Silverstone.