‘Controlled aggression’ at Croft catapults Ingram back into championship lead 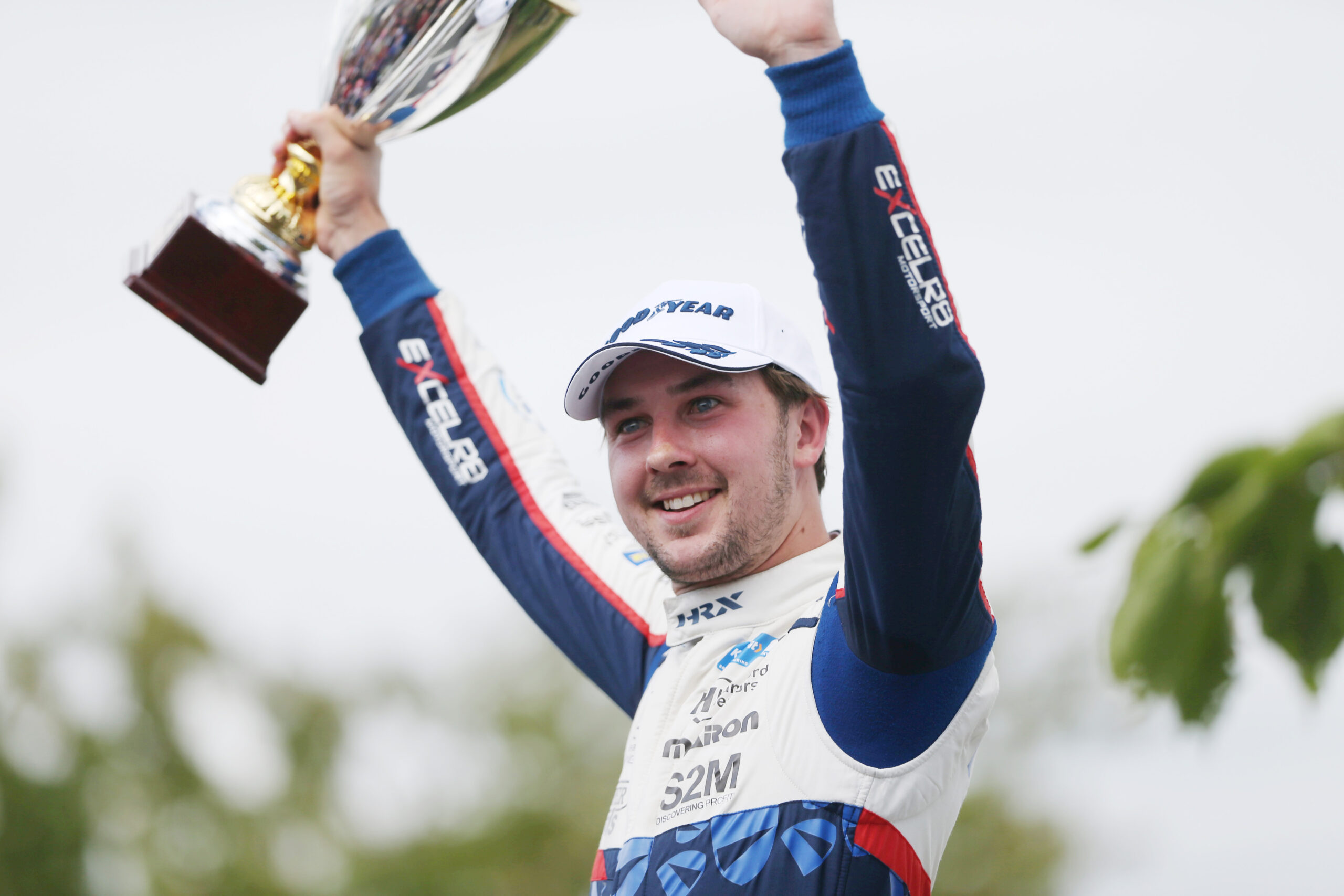 Tom Ingram is back in the driving seat as the British Touring Car Championship heads into its mid-season break, after a sixth podium finish of the 2022 campaign at Croft yesterday (26 June) reinstated him at the summit of the standings in the UK’s premier motor racing series.

Ingram travelled to Croft riding the crest of a wave following a dominant double triumph at Oulton Park a fortnight earlier, and he immediately picked up from where he had left off by topping the timesheets in opening practice amongst the 28 high-calibre contenders.

Despite having just 1.5 seconds of hybrid power at his disposal in qualifying, the talented Bucks-born ace maintained that form by setting the pace for much of the session as he dipped beneath the existing lap record. Posting the quickest theoretical lap time in the field – based on individual best sectors – he ultimately wound up fourth, a scant 0.076s adrift of a second consecutive pole position.

In front of the live ITV4 television cameras and a capacity trackside crowd on Sunday, the curtain-raising encounter marked Ingram’s milestone 250th BTCC start. Holding station in the leading group throughout, he snared an extra point for setting the race’s fastest lap as he hassled Dan Rowbottom for third, before ultimately deciding – with the bigger picture in mind – that discretion was the better part of valour as he flashed past the chequered flag barely a second shy of victory.

In the second contest, the double Independents’ Champion displayed full commitment to brave it all the way around the outside of Rowbottom through the opening complex of corners to advance to third, then swiftly despatched four-time title-winner Colin Turkington for second at the Jim Clark Esses.

Proceeding to post the quickest lap of the day, he subsequently set his sights on Bristol Street Motors with EXCELR8 TradePriceCars.com stablemate Dan Lloyd in the lead. Keeping his powder dry for a late attack, he showed his fellow Hyundai i30N driver his nose a few times over the last couple of laps but wisely elected against any risky moves that might have endangered an historic one-two finish for the team.

The maximum possible reversed grid number was pulled out of the bowl for race three – for the third time this season – meaning Ingram began the finale down in 11th, with the second-lowest hybrid deployment in the field and his closest title rival Josh Cook starting from the front row. A gritty performance nonetheless yielded a four-place gain to seventh, earning the 28-year-old a three-point championship lead going into the second half of the campaign, which will rev into life at Knockhill in Scotland at the end of July.

“That was another really good weekend. Croft is one of my favourite circuits – I really love the place – and we arrived feeling full of energy and excitement off the back of Oulton Park. Everyone was buzzing and ready to go, but we knew we needed to stay level-headed, with the goal very much consistency and scoring more big points. As we’ve seen many times over the years in the BTCC, this game is all about confidence and building on momentum.

“The Hyundai was fantastic straight out-of-the-box again – just like at Oulton, we rolled it off the truck and it felt pretty mega right from the word ‘go’. I was really pleased to qualify as well as we did with such minimal hybrid use. It was always going to be difficult to challenge for pole, but fourth place put us right in the mix.

“With Josh [Cook] starting further down the grid, I knew I needed to try to make hay while the sun was shining in races one and two because he was inevitably going to come through. At the same time, I had to remain mindful of the championship, so I couldn’t take too many chances and had to play the boring card for much of the day.

“I wasn’t necessarily thinking about going for a big move in race one; I tried to put Dan [Rowbottom] under some pressure, because that’s when mistakes sometimes creep in. I could see he had lost both of his wing mirrors, so I thought, ‘if I can position my car strategically, it might just pay off’ but it didn’t quite work out.

“There were probably places I could have got past him, but it would have involved risk, which I wasn’t willing to take. Considering most of our main championship rivals were behind us, I was more than happy to bank the points in that scenario, although I did kick myself a bit afterwards because I didn’t use all of my hybrid power. I’d been saving it for the end of the race, and then the safety car came out, which meant we lost a few laps…

“Race two was a case of controlled aggression. With the first one having been fairly processional given how easy it is to defend at Croft, I knew the start and opening lap would be key so I tried to really go on the attack while everything was kicking off.

“After that, Dan [Lloyd] and I had a fun battle; we have a lot of respect for each other and it was amazing to secure a one-two result for Bristol Street Motors with EXCELR8 TradePriceCars.com. The Hyundai was an absolute pleasure to drive again, doing everything I wanted it to. It’s been such a team effort to get to this point; Spencer [Aldridge – race engineer] and all the guys have worked miracles and the i30’s chassis is just phenomenal.

“Seventh in race three was then obviously a much better end to the weekend than we’d had at Oulton Park! Reversed grid draws don’t seem to like me very much, and with Josh starting on the front row, we were always going to concede some of the ground we had gained on him in the first two races, but to make up four positions with such little hybrid deployment was a decent outcome.

“Swings and roundabouts like that are part-and-parcel of the BTCC, but we go into the summer break having reclaimed the championship lead and with a spring in our step. One thing’s for sure – the hard work doesn’t stop here. There’s a long way to go and we can’t afford to take our foot off the gas for even a moment, because nobody stands still in this championship. We’ll go away, analyse everything and see where we can improve further – and then bring on the second half of the season!”