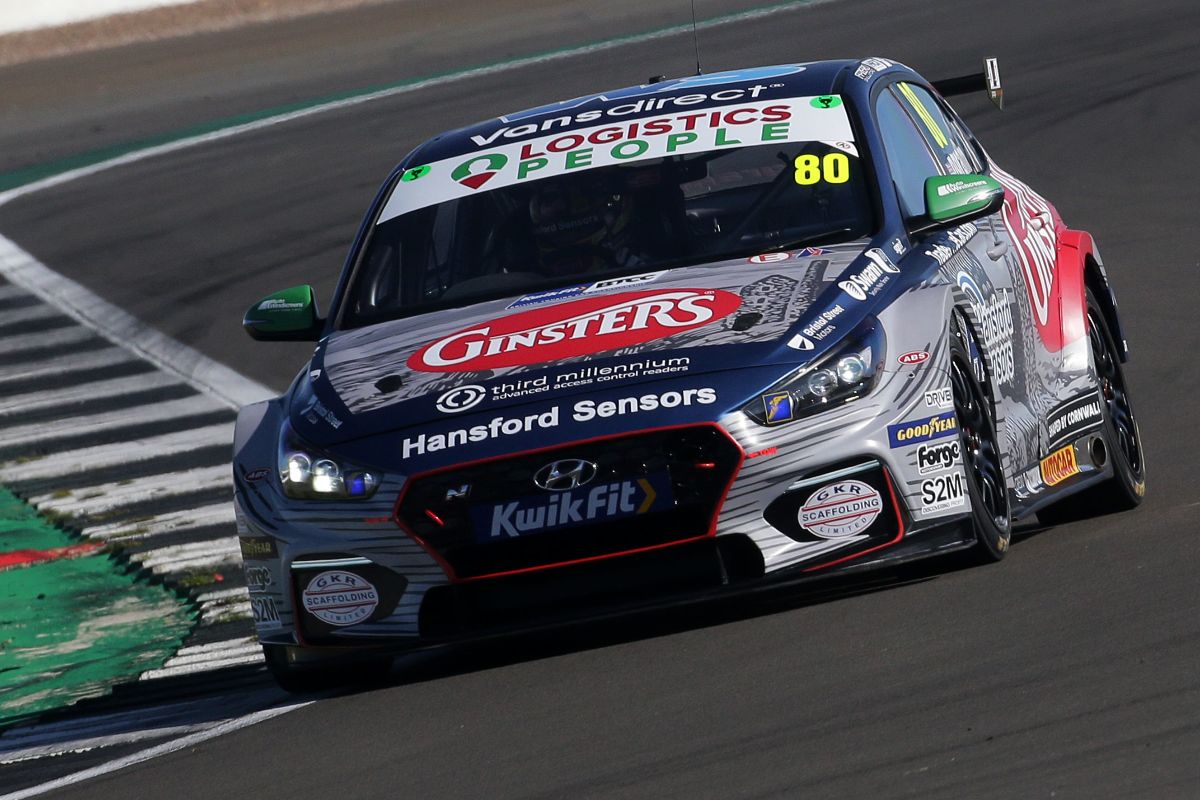 Tom Ingram was comfortably the Kwik Fit British Touring Car Championship’s highest scorer when the UK’s premier motor racing series last visited Thruxton seven months ago, and as the beginning of the 2021 campaign races rapidly into view, the Ginsters EXCELR8 with TradePriceCars.com star has his sights firmly set on further silverware in Hampshire.

As the fastest circuit in the country, Thruxton poses a unique challenge – one that Ingram has tamed on many a previous occasion. Not only was it the scene of his maiden car racing rostrum in the Ginetta Junior Championship in 2009, but the talented young Bucks-born ace built upon that with his first victory a year later. Since joining the BTCC in 2014, he has finished inside the points there 20 times from 24 starts, including a sublime double victory last summer and three further podium appearances.

Pre-season testing behind the wheel of his new Hyundai i30 Fastback N Performance has given Ingram plenty of cause for optimism approaching the forthcoming campaign. Indeed, the two-time BTCC Independents’ Champion featured consistently towards the sharp end of proceedings during the official group test at Silverstone last week, lapping fourth-quickest amongst the 29 high-calibre contenders – some of the very best touring car protagonists on the planet.

The 27-year-old will now travel to Thruxton next weekend (8/9 May) aiming to maintain that form on his competitive debut for Ginsters EXCELR8 with TradePriceCars.com. All of the doorhandle-to-doorhandle action will once again be broadcast live and in high-definition on ITV4.

“I’ve got to admit, I’m feeling more excited going into this season than I’ve ever been, and although I’m obviously in a different team for the first time in my BTCC career and driving a new car, my aims and expectations are exactly the same. I’m still targeting pole positions, race wins and podium finishes and I still want to go into the final event in with a shout of the overall title.

“If I’m honest, it feels like I’ve been driving the Hyundai for years – everything is coming very easily. The Season Launch test marked the fastest I’d ever been around Silverstone, which was really encouraging – and that was without even chasing lap times. It’s always hard to judge where everybody truly sits on these occasions, but what I can say is that the i30N felt good and was doing everything I wanted from it, so I can’t really ask for any more than that.

“Our testing as a whole has gone well and most importantly, it doesn’t feel like we’ve maximised the car’s potential yet – there’s definitely more to come. Everybody will say that up and down the pit-lane, of course, but I know we’ve got more to find, which is actually a really nice place to be in right now.

“It looks like being an ultra-competitive year based on what we’ve seen so far and it’s certainly going to be close, but I feel we’re in a good position as a team as we look towards the first round. I love going to Thruxton – it’s a proper white-knuckle, seat-of-the-pants ride and you really need to hold on tight, and the Hyundai should be quick there. Qualifying with no weight on-board will be awesome, and will reward the drivers who put it all on the line. Have no doubt about it – we’re going to be pushing for pole!”

“It barely seems like yesterday that Tom agreed to join us for the 2021 BTCC season, and here we are about to head to Thruxton for the opening rounds. The time has absolutely flown by, which is testament to the way in which Tom has settled into the team – it genuinely feels like he has been part of the EXCELR8 family for years.

“Testing has been very positive and productive, and we are quietly confident about our prospects. Thruxton is a circuit like no other on the calendar, and one that should suit the Hyundai i30N well, particularly with a year’s development now under its belt and all the upgrades that we have brought to it over the winter. It’s also a track at which Tom has invariably shone, so we are all extremely excited to see what he can achieve on his first weekend in Ginsters EXCELR8 with TradePriceCars.com colours. Bring it on!”