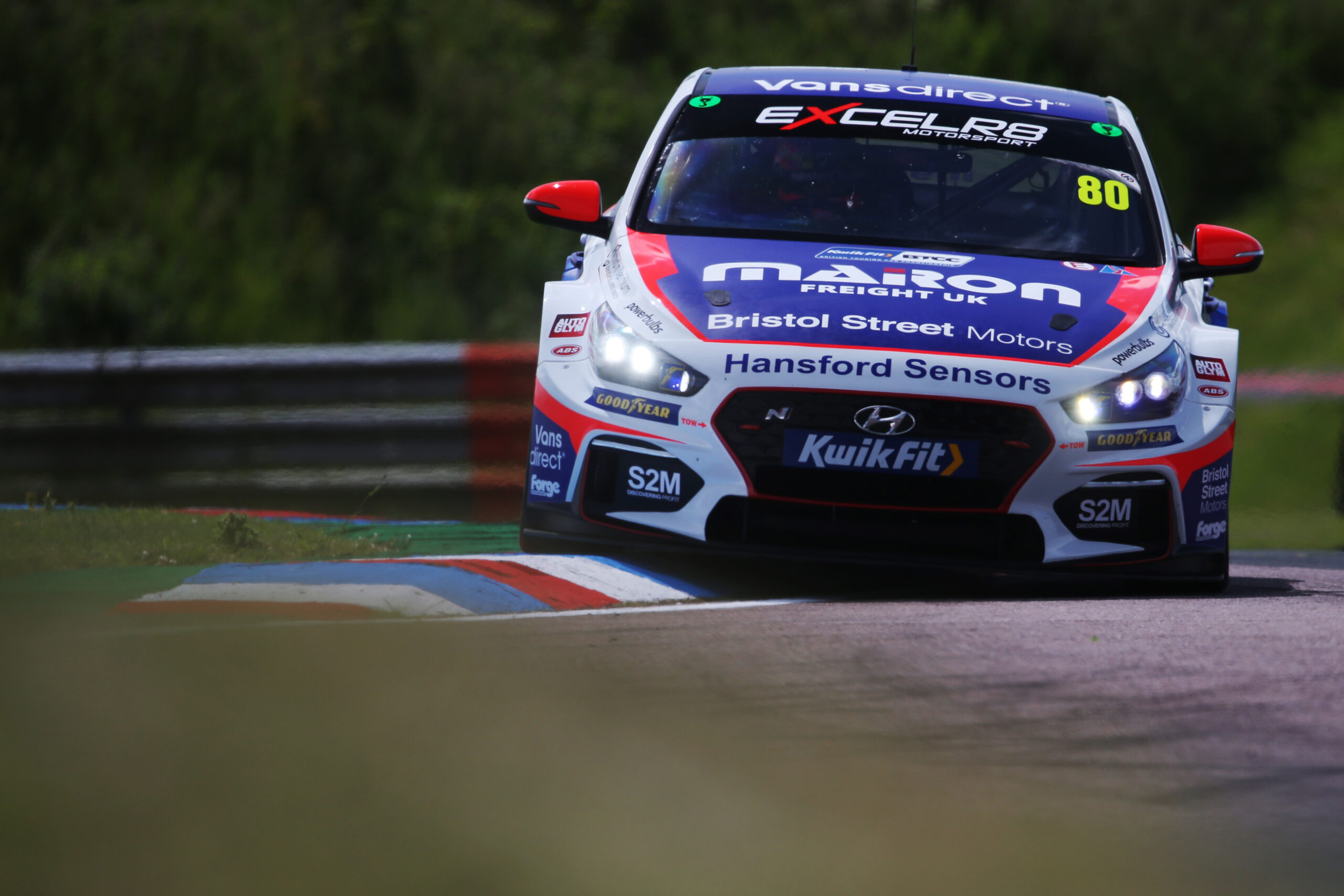 For the sixth time in his British Touring Car Championship career this weekend (8/9 October), Tom Ingram will head into the season finale with a chance of clinching the coveted Drivers’ crown – and as he chases down the biggest prize in UK motorsport, he has vowed to leave nothing on the table.

Ingram has been a regular front-runner in the country’s premier motor racing series since 2016, with his total of 23 victories to-date placing him 15th on the all-time leaderboard – in a championship that has been going for 65 years.

In 2017 and 2018, the talented Bucks-born ace raced to back-to-back Independent Drivers’ laurels, meaning the only accolade now missing from his impressive CV is the overall Drivers’ title. As he travels to Brands Hatch this weekend for the final instalment of what has been an epic BTCC campaign, he is closer than ever.

In arguably the world’s toughest tin-top series, Ingram has tallied four triumphs, six further podiums and 17 top five finishes from 27 starts this year behind the wheel of his Bristol Street Motors with EXCELR8 TradePriceCars.com Hyundai i30N.

Underscoring his and the car’s raw speed, he has also posted six fastest laps – more than anybody else in the high-calibre, 29-strong field – and only twice has he failed to finish inside the points. On both occasions, it was due to getting inadvertently caught up in somebody else’s accident.

At Brands Hatch earlier in the season – on the shorter ‘Indy’ layout – the 29-year-old belied his comparative lack of hybrid ‘boost’ as championship leader at the time to scythe from sixth on the grid to second at the chequered flag on a damp track surface, right on the tail of the race-winner.

He additionally counts three prior podium finishes to his credit around the longer ‘GP’ loop – home to Formula 1’s British Grand Prix on 12 occasions between 1964 and 1986 – and as he returns to the popular Kent circuit this weekend, he does so with more hybrid deployment available to him for qualifying and race one than his two nearest rivals, and only seven points adrift of the top of the table in third place. It is very much game on.

Following Saturday afternoon’s qualifying session at 15:40 – broadcast on itv.com/btcc – every moment of Sunday’s doorhandle-to-doorhandle action will be televised live and in high-definition on ITV4, beginning at 10:00am.

“I think this weekend will be incredible, because it’s the first time in a long time that four drivers will enter the season finale all with a genuine chance of being able to win it, but also the top three being so close on points. It promises to be immensely exciting.

“We’re going to Brands Hatch with the mindset of maximum attack. The plan is to hit the ground running from FP1, fight for the front row of the grid and race wins – and come away with the trophy. I’ve been the BTCC’s ‘nearly man’ too many times – it’s time to finish the job!

“We’ve done a lot of work away from the track over the past week-and-a-half since Silverstone, and I think we’re in a really good place. I feel like we’ve done all the homework we need to and have been through every single detail that we’ve got control over, so now’s the moment to get out there and get on with it.

“Brands Hatch is a circuit that suited us really well at the start of the year, when we were quick in qualifying even with no hybrid deployment. Fast forward a few months, and we’re in the power seat in the sense that we now do have a little bit of hybrid performance – not as much as Colin [Turkington], granted, but I think actually the ball’s in our court compared to Ash [Sutton] and Jake [Hill] in that respect.

“We’ve also been faster than Ash for most of the year, and Jake at this stage in the season will be feeling the pressure; that’s true of all of us, of course, but he’s not been here before so is at a bit of a disadvantage. Ash has obviously won the title previously, as has Colin and I’ve been in this position of going into the finale in contention for a few years now. It will be all eyes on who’s going to crack first, but I’m feeling strong – and ready to win.”