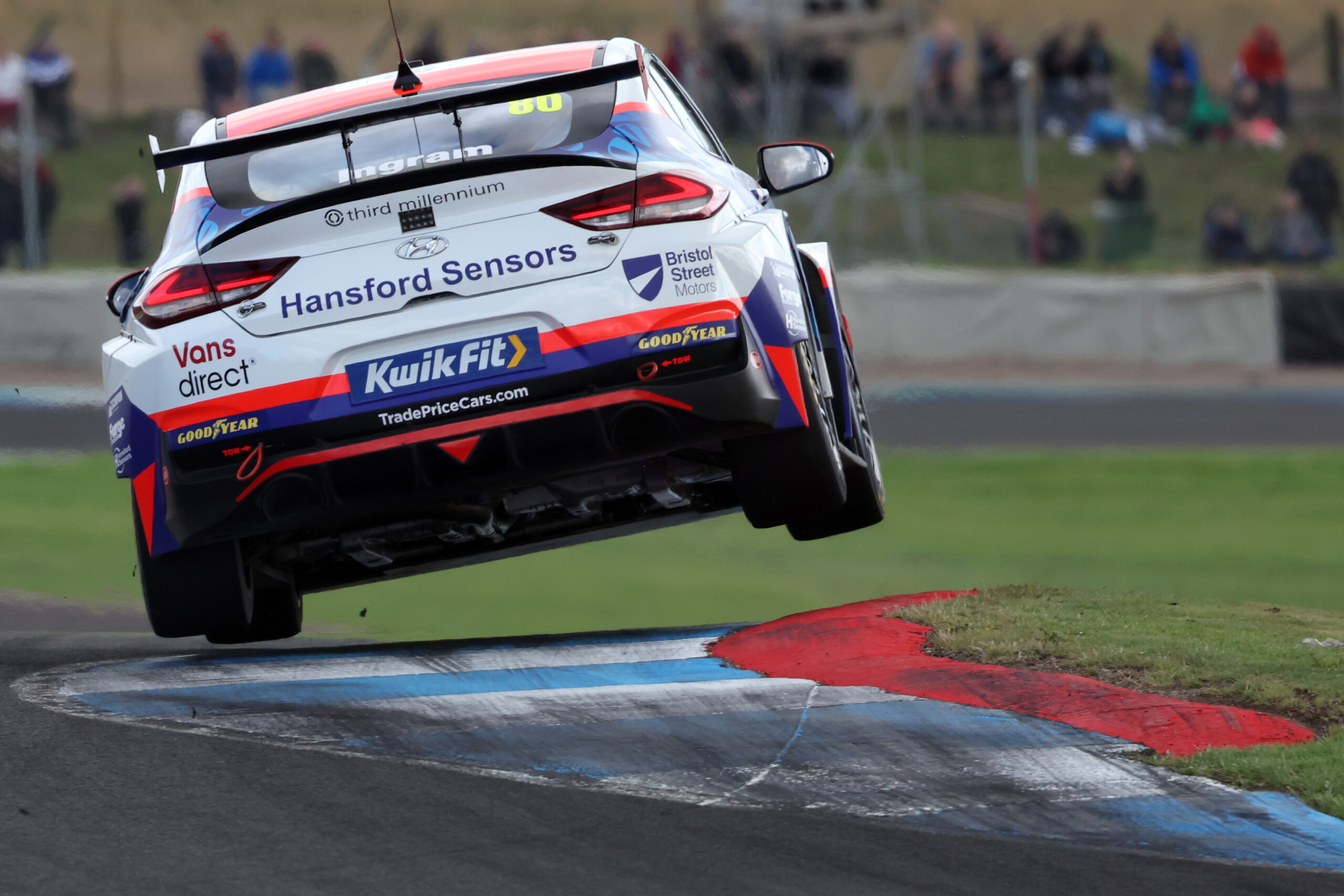 Tom Ingram kept himself firmly in contention for the biggest prize in national motorsport with a top six double in the British Touring Car Championship at Knockhill last weekend (30/31 July), and while a race three clash cost him his advantage at the summit of the standings, he remains bullish about his prospects over the remainder of the 2022 campaign.

The UK’s premier motor racing series returned to action in Scotland following its traditional mid-season break, and as championship leader, Ingram knew he would be up against it in qualifying with no hybrid deployment around the undulating Fife circuit.

After slotting his Hyundai i30N into second position early on, he inevitably slipped down the timing screens as his rivals exploited the extra power at their disposal. Still, eighth place amongst the 29 high-calibre protagonists – less than 0.1s shy of a spot on the second row of the grid – represented a commendable effort as the talented Bucks-born ace put it all on the line to spearhead the Bristol Street Motors with EXCELR8 TradePriceCars.com charge once again.

In front of the live ITV4 television cameras and a capacity trackside crowd the next day, Ingram pulled off a brace of early moves on local heroes Aiden Moffat and Rory Butcher to climb the order. Thereafter, he applied constant pressure to the two BMWs ahead, but their superior rear wheel-drive traction at Knockhill’s prime passing spot – the hairpin leading onto the start/finish straight – made them tough to attack, obliging the two-time BTCC Independents’ champion to settle for sixth at the chequered flag.

With ten additional laps of hybrid boost available to him in race two, Ingram made short work of snatching fifth from George Gamble on the opening tour before relieving Stephen Jelley of fourth with a committed late dive into the hairpin.

He proceeded to hassle Colin Turkington for third, but the quadruple title-holder unsurprisingly proved to be a much harder nut to crack, and try as he might, there was no quarter given. With no real threat from behind, the 28-year-old wisely switched his attentions to consolidating fourth position, bringing his i30N home as the second-best placed front wheel-drive car for the second race in a row.

From fourth on the partially-reversed grid for the day’s finale, Ingram darted to the inside of Gordon Shedden into McIntyre’s for the first time, but contact between the pair as the Scot turned in sent the Hyundai spearing through the gravel trap and tumbling down to 20th. From that stage on, it was maximum attack and with his headlights ablaze, the multiple Ginetta champion executed a number of spectacular overtakes to scythe through to 12th, producing some scintillating lap times along the way in evidence of what might have been.

Having consequently conceded the initiative to Turkington in the title chase, Ingram is fired-up to immediately fight back next time out at Snetterton (13/14 August) – scene of a memorable maiden victory with EXCELR8 just over a year ago.

“I went into the weekend feeling confident that we would be in good shape come rain or shine, but we ended up chasing our tails a little bit on Saturday and I was disappointed with qualifying, to be honest. I felt there was a lot more we should have got out of the session, which was mainly down to me not getting it right – I left at least two tenths-of-a-second on the table, which would have put us third.

“We were definitely on the back foot compared to the rear wheel-drive guys, but we were still in the ballpark and knew we had a cracking race car, so the focus for Sunday was on moving forward and scoring good points.

“Being quite cold in race one, the rear wheel-drive cars were always going to struggle slightly to bring their front tyres up to temperature, making the opening few laps our best opportunity to attack – and that’s exactly what we did.

“I then began race two staring at a sea of BMWs, and the truth was we simply couldn’t match them in the warmer conditions. They managed their tyres well and had so much pace in the bank that they could basically give and take as they saw fit. As soon as Colin [Turkington] engaged his ‘I’m going to get out of here’ mode on his steering wheel, he just disappeared, but we were as quick as any other front wheel-drive car in the field and fourth place was a very solid result.

“In race three, I’d pulled the same move on other drivers earlier in the day without any issues, but Shedden decided to close the door, which forced me off the track. From there, it was all about damage limitation and while it’s difficult to find the positives in situations like that, at least we managed to salvage a few points.

“The bottom line is that we need to learn, improve and come back stronger, because the competition is only going to intensify from here on in. At least all the circuits that obviously favour rear wheel-drive are now out of the way, and Snetterton has happy memories for myself and the team and has been a successful hunting ground in the past, so we will go there fully focussed on reclaiming the advantage!”